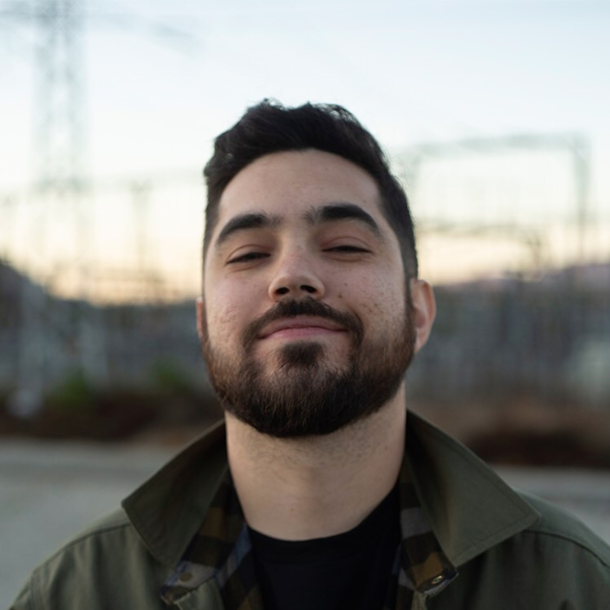 Of Mexican and Russian decent, Analog Dive, was born and raised on the Big Island of Hawai’i. At the age of 18, he relocated to where he now resides in Los Angeles, California. Around the same time he dropped his first full length record “Fineprint” featuring Mac Lethal, an album entirely produced by his good friend Keli’i Behasa back on the Big Island. Not exactly moving to a new environment by choice, he quickly adapted to his surroundings and capitalized on what the mainland had to offer.

2011 marked a great beginning for Analog Dive, sparking the birth of a successful concert series, LA Got Aloha. The event celebrated its first year anniversary in 2012 with a sold out venue at The Dragonfly. People lined up at his 2012 Release Party for the much-anticipated “Happy Endings” EP which sold out of printed copies that night. The success of these events made it possible for Analog Dive to open up for Eligh of Living Legends, Sage Francis, Dumbfoundead, and to freestyle onstage with Chali 2na of Jurassic 5.

With years of experience curating concerts of his own, it landed him a job booking events at a Los Angeles concert venue. Unfortunately, his boss turned out to be a heroin addict, making his first job in the music industry feel like jumping into a tank full of sharks. This allowed him to build a foundation strong enough to withstand anything this line of work could throw at him. Moving forward and leaving what he describes as an experience from Hell, he started his new job as a Talent Buyer at a more prestigious venue. Although accomplishing so much within the music industry, starting this new career forced Analog Dive to put his own music on the back burner. While putting his music on pause, he decided to pick up skills that he thought he should have learned years ago, such as beat production, music theory, guitar, and piano. After a three year hiatus, Analog Dive is back and ready to put his newly sharpened tools on display. We kick off 2020 with his brand new track, Building Blocks, a self produced single set to jump start a campaign where Analog Dive will be launching a new song every month until the release of his full length record, “Stand Firm”.