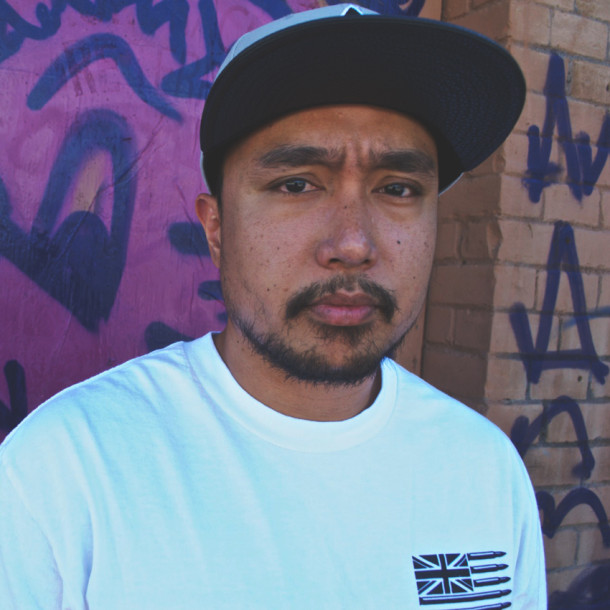 Creed Chameleon, a Filipino mixed descent rapper from Hawaii, has been dedicated to uplifting the Hawaii Hip Hop music scene for over a decade. His dedication during his years as a performer opened some amazing doors for him for example participating as an opening act for Wu Tang Clan, Atmosphere, Talib Kweli, Mos Def, Dilated Peoples, as well as the first ever Rock the Bells festival to take place in Hawaii in 2007. In 2012, he was invited to jump on the Vans Warped Tour with Tassho Pearce performing in selected cities all over the West Coast. In 2011 and 2012, RSI was fortunate enough to obtain his support in an effort between Big Island and Los Angeles natives, Analog Dive, to push LA Got Aloha, a hip hop movement bringing LA and HI artists together with the motive to spread that Aloha spirit through artistic mediums on an international level. He released his first album in 2005 and in 2010 was signed to independent label Flip the Bird and released his fourth album through the label. His song, “Morning Blessing”, is the most renowned song out of the Hawaii Hip Hop music industry, even being used as part of an Ethnic Studies class at the University of Hawaii. Though he currently resides in Arizona, he continues to call to action to his fellow emcees and artists to “up the ante” and turn the local Hawaii hip hop scene into a veritable force in the hip hop industry.