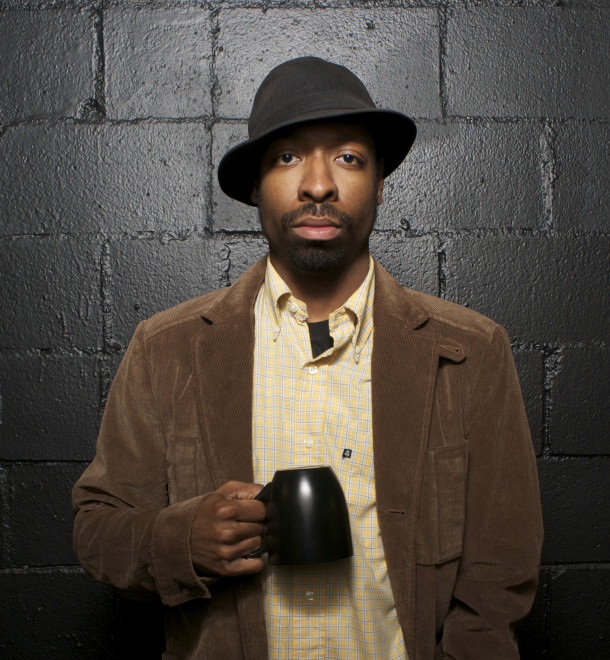 Years ago, Eminem and Mos Def hijacked a spaceship and travelled to the home planet of Andre 3000. They landed in the midst of a chaotic, planet wide conflict between peace and power. In defiance of the alien senate, they rescued a young peaceful orphan and brought him to Earth to deliver the messages of his home world. So far, those messages have been compiled in 2 full albums and an EP. With the 3rd album currently in production and slated for a 2014 release.

Whether you’re studying Esko under a microscope, or watching from The Hubble, there’s one word to write in your notes. Different. The song structure, the concepts, the themes, the subject matter, all different. While most approach songwriting with a musicians perspective, Esko writes from the view of a movie director so that each song paints a moving picture. With influences like Stanley Kubrick and Quentin Tarantino, Esko writes with attention to imagery, angles, continuity, and special effects.

Esko’s most recent album The Seed (2012) is a dark journey through deep space and thoughts. The album relates his life story to the metaphor of a seed that’s fallen from the stars and is forced to rebuild and grow from nothing. The highly inspirational album has boosted his streak of progress. He landed the cover of the March issue of H.E.M.P Hop Magazine, and picked up a nomination for “Best New Artist” at the 2013 Atlanta H.E.A.T Awards. He is also now featured in a weekly segment called Crates In The States on The Bottomless Crates radio show in the UK. He has recently shared the stage with artists such as DJ Babu & Rakaa (Dilated Peoples) and Chali 2Na (Jurrasic 5).

“The seed has to grow towards the light,” explains Esko. Production on The Seed is shared by North Carolina resident Sean Lane (worked with Eyezon and J Ross Parelli), along with Q-Smith, CAV3 and J-Kits.

The next album will focus on Esko’s bright side, with more humor and higher energy in each song. The album will feature production Grammy Award winning Amani Smith [Jurassic 5], Canada’s  J Staffz (Wiz Khalifa and G-Unit) and many other from across the globe. It will also include collaborations with Open Mike Eagle, VerBS, and Zilla Rocka . The title and exact details of the album concept are still being kept secret, but in his usual mysteriously creative manner, Esko gives us one word. Rorschach. However, we’re still pretty much clueless.

His live show has always been a fast paced and memorable experience for all viewers. Now, with the addition of a live band, it has evolved into something more. There’s just something about it that clearly suggests it was forged beyond Earth’s orbit. Esko can often be seen looking up, mid-song, as if to speak to his fans on other planets. Meanwhile, the focus of Earth dwelling fans stays glued to the stage in an attempt to absorb the strangely awesome energy pouring out of the speakers.

When asked what area do you represent, Esko replies

“While I’m here, I represent Earth. I’ve lived in Los Angeles for a few years now. L.A. is huge, but still not even close to being large enough to hold my biggest thoughts and ideas.”

Esko hit Earth somewhere in Florida and grew up in New Jersey and North Carolina. However, with such a broad style and such a wide perspective on life and existence, Esko refuses to rep any single city, state, or country.

Esko tells the story of human life, with a perspective that observes from behind the shades and beyond the stars.