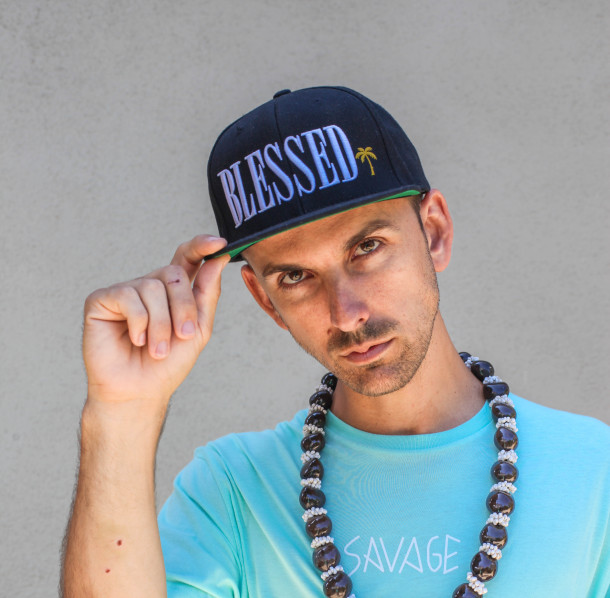 Merle knew while growing up in Hawaii, where he’s been writing since the age of fifteen, that moving to California would afford him the opportunity to grow a rap career he knew could be stifled by the laid-back island lifestyle by which he was surrounded.   After arriving here in 2010 and couch-surfing for the year that followed, Merle settled in Los Angeles and studied at the renowned Musician’s Institute in Hollywood, CA.  Through their Independent Artist program, he learned the ins and outs of recording, perfecting his sound and technique, and how to market himself in a cutthroat business in a city where everyone is trying to be a someone.

The self-described “conscious hip-hop artist” lists Eminem and Immortal Technique as influences and inspiration in his own music.  Eminem’s fearlessness in “putting his emotions on the page” mixed with  intricate wordplay and Immortal Technique’s “political stance” are qualities to which he aspires as an artist and qualities which are already evident in his craft.  Merle’s fresh voice, unique style, and ability to manipulate the right words in the right way are hard to ignore.  Expect all of this and more with the release of his EP later this year. His message is honest and blunt; gritty, bitter truth, served up with a dose of hopeful wisdom.  It’s clear he’s not just rapping for the sake of rhyming, but for the definitive desire to inspire people to “break their mental prison, think for themselves, and not just eat what’s fed to them.”

Although FreeWill is relatively new to the Los Angeles scene, he has been blessed with the opportunity to open up for veterans of hip-hop such as Pigeon John, Chali 2na of Jurassic 5, and Eligh of Living Legends, a performance he calls the highlight of his career so far. Driven by the success of performances like this, Merle presses forward as FreeWill rapping his way into the consciousness of the public with his talent, passion, and drive. Look forward to his growth in the scene as a hip-hop maven RSI is proud to count among their roster of artists.