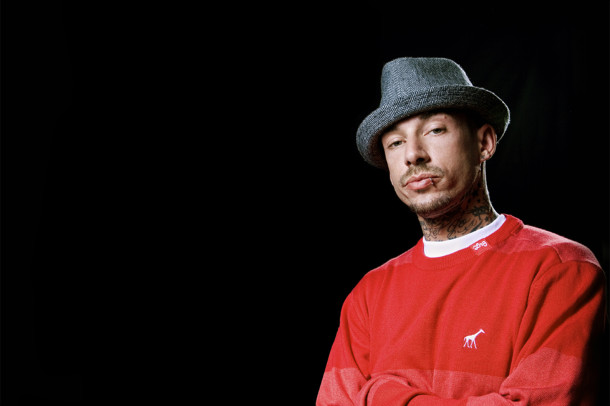 Everyone knows the cliche “time flies when you’re having fun” right?  Well thats exactly how we feel here at LA got Aloha as we round the corner to our 1 Year Anniversary!  Looking back, we are overwhelmed with this surreal feeling as we converse in reflection, and cant help but think “what the fuck just happened?” with a smile from ear to ear.  For that, we want to send out a big MAHALO to everyone who has been supporting us as we grow!  From the people behind the scenes, to the guest-list groupies, we love you!

Now since this is LA got Aloha’s 1 Year Anniversary, we decided to do things proper by bringing you Eligh of Living Legends as the headliner!  We hope everyone is just as excited as we are to have this veteran emcee light up the stage.  He is an extremely dedicated artist with eye-opening lyricism, and a very unique flow.  If you aren’t ‘versed’ with his music, check out the links below off his latest solo album “Grey Crow” in 2010:

Eligh – Soul on the Road

Being that these events are Hawaii themed, it would only make sense that some of the people involved are from Hawaii right?  At LA GOT Aloha, there will be four performers on the main stage alone who are from the islands.  Of those four, Blake Borisoff (of Analog Dive and founder of RisingSons Independent), William “Free Will” Merle, and Kalani Pokipala aka DJ PACKO all went to Kealakehe High School in Kailua Kona on the Big Island of Hawaii.  The other Hawaii homegrown “Creed Chameleon” is coming out of Oahu, and has opened up for artists such as Atmosphere, Brother Ali, Nas, and Wu Tang Clan.  The aloha of the islands shows true as we are reconnected here in the city like a true ohana.

Along with this being the One Year Anniversary and having Eligh as a headliner, LA Got Aloha will also host the launch of the new Wreckon Clothing Line!  A partner company in the event, Wreckon Clothing is proud to present you with their first line of threads.  You will be sure to leave here fresher than you came when picking up a unique piece from their exquisite collection.

We will be announcing the line-ups for Performing and Visual Artists in the upcoming week so please like the facebook page by clicking the link below:

Like the RSI Wreckons Facebook Page:
http://www.facebook.com/rsiwreckon
to stay up to date on event rosters, ticket sales, and exclusive online specials!

Eligh, a self-described “genre-breaking, obsessive bass fiend” has continued to sustain himself as a salient figure for over fifteen years within the increasingly fickle and rapidly revolving world of hip-hop. The Los Angeles native has maintained his respected status by fearlessly veering from a the traditional trajectory which is often limited to beats and rhymes. Instead, Eligh has chosen to fabricate projects that incorporate the gritty sounds of the UK dub scene, the unorthodox styling of indie rock, the lush guitars and honesty of folk music, and the complexity of jazz, all without losing the listener in a musically esoteric composition. 2010 sees Eligh releasing his seventh official solo album on November 9. The album, Grey Crow, almost exclusively produced by Eligh, is a testament to his resilience against a drug addiction that nearly took his life five years ago. Grey Crow will be the first official solo release from Eligh since 2003’s Poltergeist. Even with the seven-year gap between solo projects Eligh continued to contribute to a plethora of projects within that time frame which, most notably include, Living Legends albums, “Classic” and “The Gathering”; The Grouch & Eligh, “No More Greener Grasses” and “Say G&E!”; Eligh & Jo Wilkinson, “On Sacred Ground: Mother & Son”, and many more. Eligh’s musical interest was piqued as middle schooler, and along with some friends formed the now defunct, yet legendary Log Cabin crew. That same crew would ultimately end up producing many of Los Angeles’s prominent hip-hop figures, including future crewmates, Murs and Scarub. After a stint in the Bay Area, which lead to a serendipitous gathering of minds, ideas and styles that formed the now world famous Living Legends crew, Eligh returned home to Los Angeles. Since returning home, Eligh has tirelessly produced classic material, being the main contributor to what many would dub the trademark, “Living Legends sound”. Outside of being a studio musician and rapper, Eligh has relentlessly toured and has performed on stages across North America, Europe, Asia, and Australia and continues to deliver a captivating live show with his trademark rapid fire delivery, whether as a solo act or with his Legendary brethren. As a producer, Eligh has provided music for notable acts such as Living Legends, Murs, Rass Kass, El-P, wrestler John Cena, and continues to be a sought after producer by his peers.

10 years ago in LA Got Aloha, Main
Comments